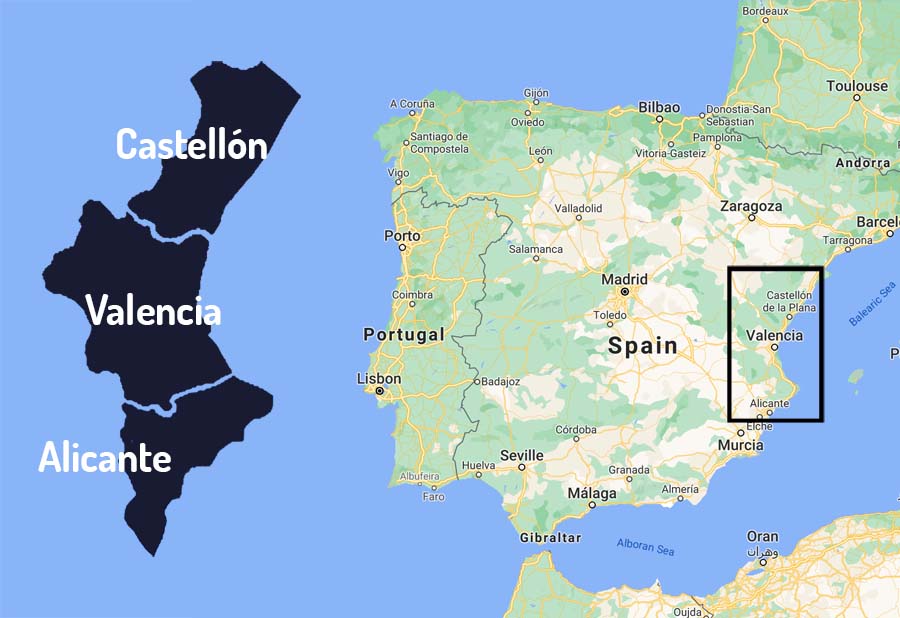 Valencian, also called Valencià or Valenciano, is a language spoken by over 2.5 million people within the Valencian Community of Spain. It is a language which some will consider more as a dialect of Catalan and others consider it to be a separate language.

Is Valencian the same as Catalan?

Whether you consider them to be the same language or two languages which are very similar is up to you to decide. In my opinion Valencian and Catalan are very simular to eachother in written form, however when spoken it seems to me Valencian is closer to Spanish. The Catalan accent come across to me as very sweet as and from a foreigners perspective is so different from Valencian.

Obviously your opinion on this might vary, because even in the Valencian language there are so many different types of accents that you will find in the community. It changes from town to town and I have especially notice that the language is being used more often in towns rather than cities. Some areas strictly use only Valencian, whereas other seem to mix the language with Spanish. So what is this language all about?

Where is Valencian spoken?

Valencian is also integrated in the public school system. The rule of thumb is that in the classes of infantil, primairy and the institute maintain a system where 60% of classes are held in Valencian, 30% in Spanish and 10% in English.

Is Valencian an official language?

No, it is not. The language has a legal status, but it is not an official language like Catalan is.

What are Valencian language similarities with Catalan?

Valencia has especially a lot of common with Catalan when it comes to it’s written form. Here are a few examples of Valencian and Catalan words that are very much alike.

However there are also example of when the words are completely different. For example:

What are Valencian similarities with Castillano (Spanish)

What are Valencian similarities with French?

Moltes gràcies. – Thank you very much.

Un brindis! – I propose a toast!

Com es diu en anglés? – How do you say it in English?

Què vol dir això? – What does that mean?