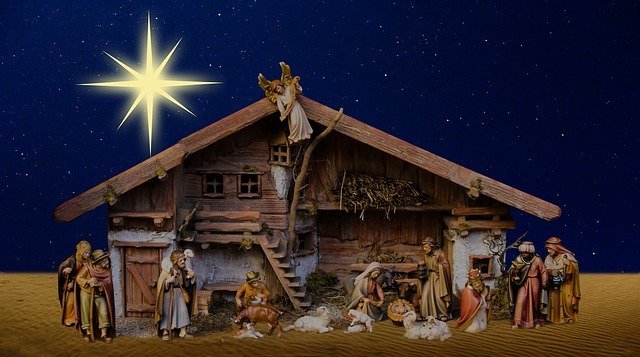 First of all let’s start with some basic Spanish words about Christmas:

Christmas is one of the most beautiful and pleasant times of the year anywhere in the world. Christmas is also the perfect occasion to decorate the house and to meet the family. There are also many words and vocabulary used to refer to actions, people, and objects that are directly related to Christmas, but as in all languages, there is also a Spanish Christmas vocabulary.
As they do in different countries around the world, in many Spanish-speaking countries the traditional Christmas tree and crib are placed to decorate the house. However, there are many things that need to be identified precisely in order to understand what they are about. To learn more about the Spanish Christmas vocabulary, let’s learn these words and their respective translation.

The Christmas tree is the most used item all over the world during the Christmas season. It can be natural or fictitious, but it has a lot of decorations that could be defined differently in the Spanish Christmas vocabulary. Let’s look at some of these Spanish words and a small definition of each one of them.

The Nativity is another symbol that is installed in the houses to represent the scene of the birth of Jesus. This is known in Spanish as “Nacimiento” or “Belén,” which in English is translated as The Nativity Scene. A “Nativity” is composed of several elements and characters.

These are the essential elements that make up a “Nacimiento”. It also includes animals such as “Vacas” (cows), “ponillos” (donkeys), and “Ovejas” (sheep). In some cultures, they are also given lights and other props to set the mood.

“La Lotería de Navidad” is a tradition that is celebrated in Spain and consists of certain characteristics and words that could be misinterpreted. So, to avoid confusion, let’s get to know the Spanish vocabulary of the Christmas Lottery.

Christmas Eve is perhaps the most important night of the Christmas season when families gather for a big dinner and also to share gifts. For this day there are also unique words used in the Spanish language that can be confused when translated. The New Year is also celebrated. Let’s look at some of them.

“El Día de los Inocentes” is a day celebrated on December 28th in many countries. On this day many jokes and games are often played in order to fool someone for being “innocent”. In the Spanish vocabulary it is common to hear words like the following:

Other common words in a Spanish Christmas are:

That’s it! Merry christmas and a happy new year!