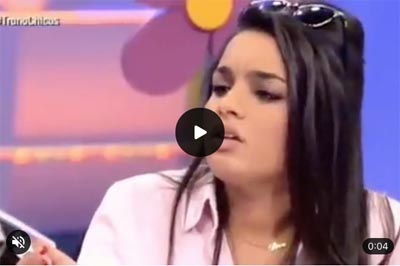 Do you honestly think you have mastered the skill of keeping up with the speed that Spaniards talk in? I have the ultimate test for you:

For me the answer is a definite NO! Luckily I had a couple of my native Spanish speaking friends listen to it and they also had no clue on what the woman in the video is saying. Most friends gave me a very weird look with a big question mark on their face and told me they got one word…. the last one… “salir“…

Browsing through the comments there was somebody that was able to figure out what was being said. Apparently the woman says:

And after the gossip about you, you did not confront Rubén and stopped talking to him about anything except for all the other gossip that may come out, girl?

No worries if you didn’t get a word from that. Spanish language is just spoken so fast! I also recently found out that Spanish is the second fastest language spoken in the world. Which one is the first one? Japanese!

The runner up is Spanish with 7.82 syllables per second! That’s why Spanish isn’t just learning about words and conjugations. It is brain training!