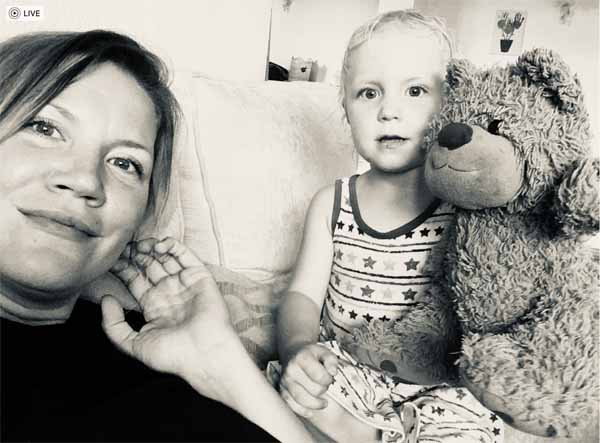 First of all. Let me introduce myself. My name is Linda. I am 33 years old. I live is Jávea, which is a small town of +/- 27.000 inhabitants on the Spanish Costa Blanca. It is quite an international place, known for its number of expats, great climate and luxurious life style.

I moved here over a year ago. Originally I am from the Netherlands and as you might know, this country is not known for its sunny days or relaxed lifestyle. I needed a change of scenery. Away from the rat race, away from life in the grey, cold, overly organised world.

I ended up in Jávea. Why here? No idea. I booked an Airbnb and basically didn’t leave since. Something you just know it’s right when it’s right.

The move was quite unexpected. And with all the hustle of finding a home and becoming a resident the last thing that was on my mind was to learn the language. I knew it would be important to learn, but in my mind I thought: “I’ll just pick it up along the way”. Guess what, a year in, and I didn’t pick it up along the way. It is incredibly hard! People who say that Spanish is an easy language to learn must be absolutely bonkers!

Obviously I did make an effort during my first year while living here, in my cocoon. Like most people I downloaded the Duolingo app and learned my first Spanish words pretty fast. I don’t know what it is about this app, but every time I use it it makes me feel like I know the Spanish language inside out! It makes me feel great. I’ll walk with confident on the streets thinking that everyone can approach me, because I speak the language! That is until…. Someone actually starts a conversation with me… Honestly, sometimes I don’t even know where to begin.

Some vibrations just came out of another persons mouth. And I need to be able to understand this, because I live here. But all I hear is one string of sounds… None of these sounds actually make a word or verb that my beautiful Duolingo app thought me. Let alone that these singular words that I am supposed to understand would group up to create meaning or context to what this person is actually trying to communicate to me. I am shut down. Deer in the headlights. Everytime.

Honestly, I can’t live like this. I can’t live in fear that someone in daily life is going to speak to me and again, I am that woman that just doesn’t understand a thing and expects someone to speak English back to me. It was only after a year that I came to the conclusion that “winging it”, “learn as you go” or “I’ll pick it up along the way” is not an approach that works for me. So it was time for a change of plans…. Serious studying for 5 hours a week.

It was a rather, much needed, drastic change. The 2 things that people value most in life, time and money, I now needed to devote to learning this language. But I guess this the only way.

I started with 2 lessons a week: 1 private lesson. 1 conversational class. 1 hour per week of listening to Spanish podcasts, 1 hour of homework, 1 hour learning on the app.

I have to say that it opened my mind. I did think that after a year I at least would have reached Spanish level A2… but it turned out. I did not master the basics at all. The difference between Ser and Estar? It had something to do with being temporary, but that just about all I knew.

Reflexive verbs? Never heard of. Obviously I still had a lot of work to do to even get the basics right. Although I have to say that within a few weeks I could already go from level A1 to A2. Hurray! Hard work was paying off. I thought, since A1 had gone so fast, it would be a walk in the parc to get to level B1. Ehm… not true….

I think I am actually still at level A2. Because although I was so committed to learning Spanish, the world as we knew it came to a still. Corona virus hit Spain bad. As of the 14th of March 2020 we all had to stay at home. And guess what, I am at home alone with my 3 year old kid, that I need to home school in Spanish, while juggling what remains of my job. I work in Digital Marketing. And although I can do this from home and I still have some work, it is not enough to create a living.

Now in the spare 1 hour that I have during the day I need to chose… learning Spanish… or trying to make a way to create income again. And that is when it hit me. I can combine my Digital Marketing skills with the thing the 1 subject that I need to focus on: learning Spanish.
So from the comfort of my home I created a this website. I’m diving in deep to make sure that Spanish is on my mind in my home and work! Hope you enjoy and looking forward to hear what you think!