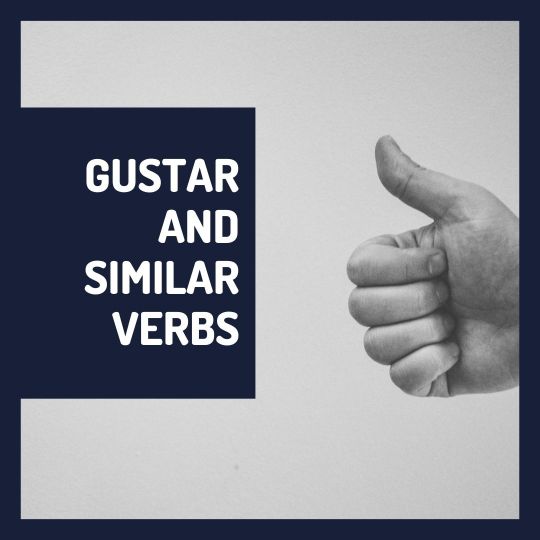 49 Gustar and similar verbs are listed in this article. First an explanation on how a verb like Gustar works. Next an overview of the most used verbs that are similar to Gustar and than you’ll find a full list of verbs.

The verb Gustar is a very useful verb to learn in Spanish. Use it to describe what you or other people like. Gustar can best be described as “to please” and is used in the following way:

As you can see it is very useful verb to learn because you need very little practice to be able to use this one in daily life. Did you know there are more verbs like this that you can learn in a heartbeat!

These verbs above will get you a long way in no time.